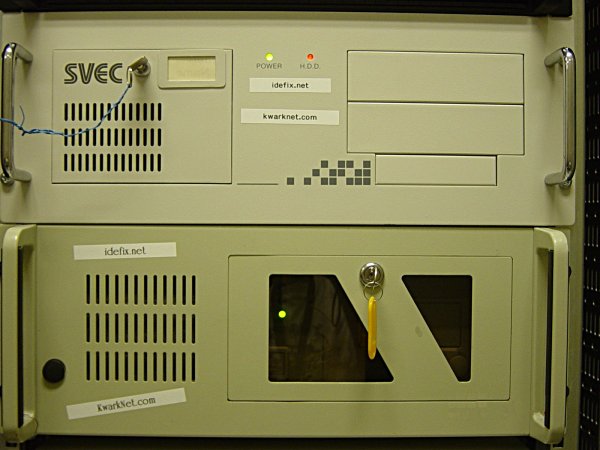 idefix.net is my private domain name. Used primarily to have a private domain name not related to any (current or past) employer, to name a certain machine which was 'idefix' since 1994 'idefix.net' and to have the possibility to add subdomains. The name 'idefix.net' is purely chosen from the machine name 'idefix' which was the name of the first unix machine I installed myself at work (back when a 486dx33 with 8 Mb made a decent Linux server). Back when hostnames that ended in -ix where a nice theme for unix servers.

There is also a webserver (otherwise you would not have read this), reachable as idefix.net. This gives me a good (short) placeholder for my homepage: https://idefix.net/

I registered the name idefix.net in August 2000 when it finally became available again. It expired in May 2000 after it had been registered to someone else (living not too far away from me) for a couple of years so I decided to wait (and check whois from a script daily for the domain to become available).
The name koos.idefix.net is always used for the fixed IP address at home.